Dutasteride, also known as Avodart, is a medication used to treat benign prostatic hyperplasia (BPH), which causes prostate enlargement in men. It may also be prescribed off-label for the treatment of male pattern baldness. 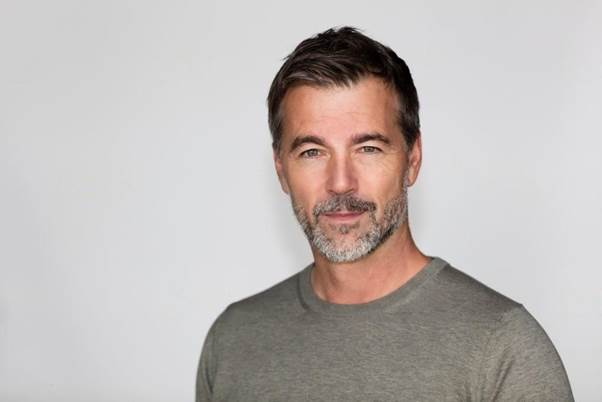 How does dutasteride help with hair loss?

Oral dutasteride blocks the action of an enzyme called 5-alpha-reductase. It prevents your body from converting testosterone into an androgen hormone called dihydrotestosterone (DHT). DHT promotes male sex characteristics like facial and body hair and causes hair thinning in genetically predisposed adults. The hair follicles in the hairline and the vertex/crown area undergo miniaturisation, leading to a receding hairline and a bald spot in the crown. If not treated, this progressive hair loss may continue through the years and potentially affect all of the hair on top of your head while sparing sides and back. Dutasteride stops the production of DHT by over 90%, which helps to prevent, slow down, and even reverse hair loss in people with male pattern baldness.

How fast does dutasteride work for hair loss?

Depending on the individual, dutasteride can take three to six months to show its first effects. And It takes one year of taking dutasteride before the impact in preventing hair loss, and re-growing hair can be accurately assessed. One may notice some thinning of existing hair during the first few months on dutasteride, but this is usually temporary due to the shedding of miniaturised hairs.

What is the proper dose of dutasteride for hair loss?

Dutasteride is usually prescribed off-label for hair loss in a one 0.5mg capsule taken once daily. However, many hair loss sufferers experience positive results by taking dutasteride three times weekly.

Is it safe to take dutasteride for hair loss?

Study data show that dutasteride is generally safe and well-tolerated, even at the higher doses used to treat BPH. Side effects of dutasteride include erectile dysfunction, low libido (sex drive), ejaculation problems, breast enlargement or tenderness, feeling depressed, testicular swelling and pain. Dutasteride may cause a severe allergic reaction in some individuals, resulting in a rash and swelling of the face, tongue, or throat. It may also be associated with an increased risk of high-grade prostate cancer. While side effects from finasteride and dutasteride are rare, they can still happen. If you experience side effects from either treatment, talk to your doctor and tell them about your experience.

Young women who may be pregnant should not be exposed to dutasteride. Dutasteride has serious side effects on pregnant women and can lead to severe defects in the fetus.

Is dutasteride better than finasteride for hair loss?

While both medications are effective at treating hair loss, there’s some evidence that dutasteride may be slightly more effective.

In a 2014 study published in the Journal of the American Academy of Dermatology, researchers compared finasteride and dutasteride on 917 men between 20 and 50 at various stages of male pattern baldness. The researchers found that men who took dutasteride had thicker hair and a higher average hair count than those who used finasteride. Side effects were similar among both groups.

The findings of a review published in Clinical Interventions in Aging, which presented data from three studies comparing dutasteride and finasteride as treatments for male pattern baldness, were consistent with this conclusion. The team found that, although both medications are effective at treating hair loss in men, dutasteride seems to provide better efficacy than finasteride and has a similarly low potential for side effects.

Why is dutasteride more effective than finasteride in treating hair loss?

Dutasteride is slightly more effective than finasteride because it prevents more testosterone from converting into DHT, the hormone responsible for male pattern baldness. Finasteride is a selective inhibitor of type 2 5ARI, whereas dutasteride inhibits type 1 and 2 5ARI. Due to the additional target, dutasteride induces a more significant reduction in DHT. Finasteride reduces DHT by about 70 % compared to 90% in the case of dutasteride.

Another reason dutasteride may be more effective than finasteride is its longer half-life, meaning that it stays in the body for a more extended period after taking it. Currently, only finasteride is approved in the UK as a treatment for hair loss.

Will dutasteride work if finasteride does not?

Some patients respond to dutasteride but not finasteride. Additionally, some men who have been using finasteride for more than five years and whose hair thinning returned after a period of improvement may benefit from dutasteride.

Can dutasteride be used in combination with other therapy?

Yes, dutasteride is often combined with oral or topical minoxidil and hair transplantation.

Is dutasteride better than minoxidil?

In comparative studies, orally administered dutasteride has shown to be more effective than orally administered minoxidil for treating androgenetic alopecia. A JAMA Dermatology meta-analysis looked at 23 trials analysing the efficacy of oral minoxidil, finasteride and dutasteride. The conclusion was that dutasteride had the highest probability of being most effective at treating male pattern baldness. 0.5 mg/d of oral dutasteride was a more effective treatment than 5mg daily of either finasteride or minoxidil for this condition.

Can you still lose hair on dutasteride?

Although dutasteride is a very effective hair loss treatment, the underlying genetic hair loss sometimes progresses faster than dutasteride can hold back.

Dr Bonaros is a member of the ISHRS and the British Association of Hair Restoration Surgeons. He performs hair restoration surgery at his Glasgow clinic. He can provide you with a consultation if you suffer from hair loss and want to know the best treatments available. 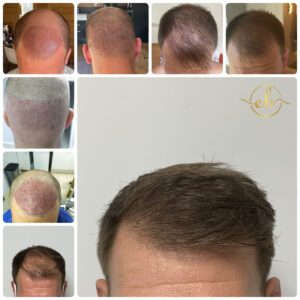 So, you had a hair transplant. When can you expect to see the results? 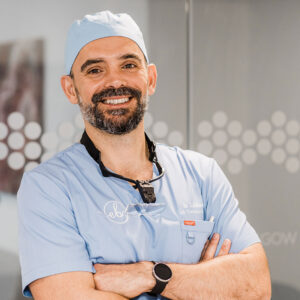 How to choose a reputable hair transplant surgeon in the UK

Finding the right surgeon is by far the most important thing for anyone considering a hair transplant procedure. How Hair Loss Can Affect You Psychologically

Alopecia, a disease resulting in hair loss, may not be a severe medical issue. However, in most cases, hair loss has a weighty impact on psychological well being. The cost of a hair transplant in Glasgow is an essential consideration for anyone seeking hair replacement options in and around Scotland. 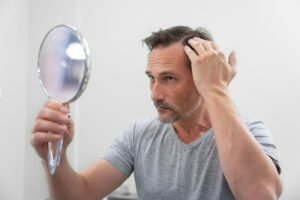 Low-dose oral minoxidil can be an alternative to topical minoxidil in the treatment of hair loss. Experiencing Hair Loss? Your Diet May Be At Fault

Your diet plays a surprisingly large role in the growth of your hair. Just like eating the right diet can keep you healthy and fit, the right food can help to stimulate hair growth and keep your hair strong and healthy as you get older.